About myself, short biography

Hello! Welcome to my photography and travel website! My name is Roman Sudarikov and I am a linguist, photographer and travel guide from Helsinki, Finland, currently living in Japan. If I had to describe myself by mentioning only one thing, I would say that I can never stay still but always have to try to accomplish something. Therefore, the primary purpose of this website is to act as a channel through which I could realize my desire to build and create something new. Probably the type of photography I have done the most is events, from which also derives my documentary style, but my favorite art form is a landscape photography. When the circumstances allow, my tendency for perfectionism often takes command which leads to, me trying very systematically to get a perfect shot by controlling everything I can. My newest territories are a time lapse photography which requires exactly those personality traits. I like nature, history and travel whenever there is a chance. As some of you may already have guessed from my Russian name, I wasn’t born in Finland. I was born in Kohtla-Järve, which is a small industrial city at the north coast of Estonia, about 60 kilometers from the border with Russia. To Helsinki I moved with parents in 1994 when I was eleven years old. My first language is Russian but I think my Finnish is stronger, because I have used it for the biggest part of my schooling, even though it is still not perfect. I don’t speak any Estonian. In March 2018 I moved to Kyoto. 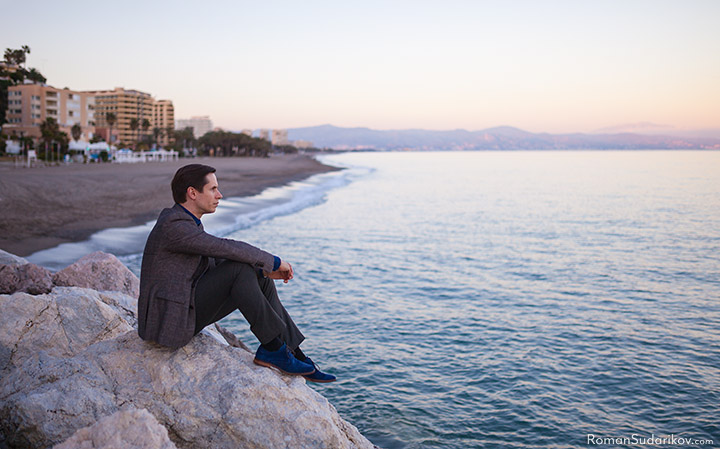 The beginning of my interest in photography

My interest in photography comes from my father who used to be a photography enthusiast. In Estonia, we even used to have a permanent darkroom as a part of our apartment. Based on my childhood pictures, it seems that I picked up a camera even before I could walk, although at that time I was probably just trying to taste it. I guess it was still a good start! I got my first own camera when I was thirteen years old. My father sold some of his photography gear from the time of Soviet Union which together with my own savings, thanks to my father’s bargaining skills, were enough to get me a second-hand Pentax Zoom 90 WR. It was a compact camera, but because of being а high-end model it had a lot of functionality usually found only in the interchangeable lens ones, which provided me with a lot of possibilities to experiment with right from the start of my new hobby. I was taking pictures of everything that just came to my mind, leading to a lot of money being blown on film. Almost immediately I also started to save for more serious equipment. Two years later I bought my first interchangeable lens camera, Canon EOS 500N, which in turn was replaced by a professional model EOS 3. No need to say that all of those were film cameras. At that time, digital was only for casual fun for me. I used to prefer film for a long time and even when I got seriously into digital world with Canon EOS 20D in 2005, I still kept shooting on traditional medium at the same time regardless of having to carry a lot. I put away the film camera from my everyday camera bag only when I moved to more professional EOS 5D series, which I still prefer nowadays. 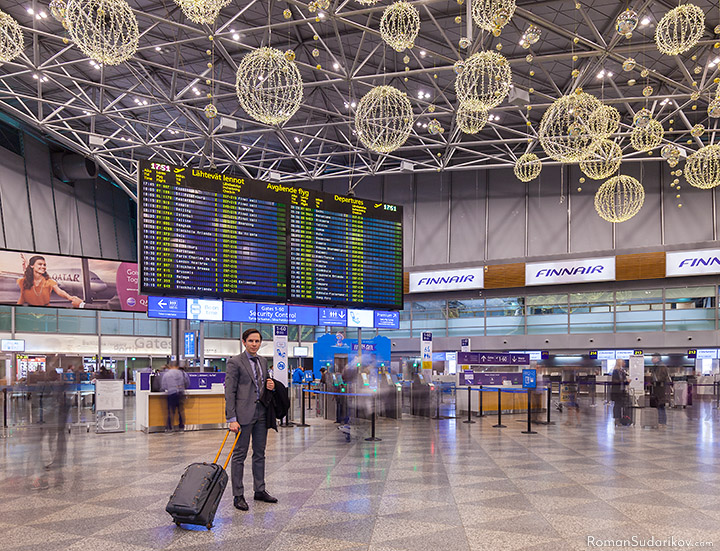 From photography to general linguistics

As expected the first degree I got was in photography. In 2001 I graduated from Helsinki City College of Technology with degree in picture processing, which was mostly about film photography and maybe just 20% digital. Most of my time then I spent in darkroom processing black and white pictures and sometimes color too. Taking pictures, both in a studio and natural setting, was part of the education but getting them on paper was a lot more time consuming. While studying there it was all just about photography for me, until later when working, a big change occurred. I got interested in studying languages, which was mainly because of the Spanish classes I was taking after work. At that point, I was seriously considering going to University to study more languages, or something which could benefit from their knowledge, but I didn’t know what exactly. Here, my other hobbies, such as martial arts and a lot of interest in Japan, stepped forward to rescue me from selection difficulty, so after taking some Japanese classes in the summer 2007, it became all clear for me right away. Immediately the following year I started my studies at the University of Helsinki and seven years later, in 2015, I graduated with Master’s degree in East Asian Studies. My main language was Japanese and my secondary subjects were general linguistics and Spanish. I specialize in an evidentiality. The highlight of my studies was definitely the exchange year at the Doshisha University in Kyoto. For someone who likes history and nature, and in addition has also a camera glued to his hand, it is hard to imagine any better place than the old capital of Japan.

New start of my photography

During the time when I was studying at the university I had a dilemma. I still had the same interest toward the photography, it didn’t change a bit, but I had no time to go out and shoot anymore. The language study was taking a lot of my time and I still had to work. I wasn’t taking pictures purely for myself anymore, but only when someone of my friends asked me or it was an assignment. Since getting my Master’s degree I entered the University of Helsinki again, this time as a doctoral student of the same department, but with an uncertain situation there I couldn’t concentrate much on my research. It has been on a break now for a while, which allowed me to start shooting more pictures again, do more sports, travel a bit, and even build this website. It seems that I really needed to get away from the books at least for a moment.

The next big change in my life took place at the beginning of 2018 when I decided to move to Japan for work. From my return to Finland had passed more than 5 years, during which the thought about spending once again a longer period of time than just a regular holiday in Kyoto, had come to my mind many times. At the moment of writing this addition to my biography I have been in Japan just for two weeks so what is to follow will remain to be seen.